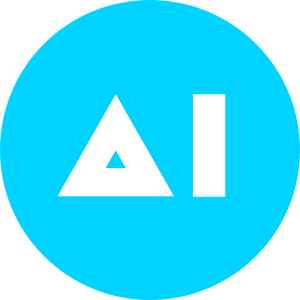 One December night in A&E…

Dr Alex Turcho talks through a case he encountered as an A&E house officer. A case which presented with the most unassuming of symptoms but uncovered deeper pathology.

I was working as an A&E house officer on a late shift at Wexham Park Hospital on a cold December night. The next patient (Mr X) on the list was a middle aged man presenting with ‘vomiting’. Sounded simple enough and besides by that point in my shift I’m sure I’d seen at least four different patients with the same presenting complaint. I had a quick look at his background history and previous clinic letters – there wasn’t anything of note. So we have a bit of vomiting in a middle aged man with no past medical history – time to go see Mr X.

I had a quick peek at the basic observations and his NEWS (National Early Warning Score) score was 3. Not sure why but I assumed it was probably because he was a bit tachycardic or hypertensive, most patients are when they come to A&E. Without delving deeper I went to speak to him.

Mr X looked like most respectable middle aged men. After confirming his name and date of birth I proceeded to take a medical history. He had generally not been feeling great over the last few months and it was getting worse – well that’s what his friends thought at least. The patient himself said he was feeling okay and was apologising for wasting my time and that he only came to A&E because his friends forced him to. His friends thought he was looking a bit off and acting different to normal over the last few months. More specifically over the last three or four weeks he was having increasingly frequent episodes of vomiting. The vomit was dark brown in colour/coffee ground and there were no triggers that he could think of. Other than this he felt well and felt he did not need to be in A&E. He was expecting me to tell him all his blood tests were okay and send him on his way.

That was not much to go off. There was no travel history or fever or any of the other symptoms that would have made the diagnosis more obvious. A straightforward diagnosis of gastroenteritis was clearly out of the picture. Perhaps a gastric or duodenal ulcer? He didn’t drink too much, nor did he smoke or take any NSAIDs, but still that doesn’t rule it out. It would explain the dark brown/coffee ground vomiting. The only issue being so many patients say they’ve been having coffee ground vomiting or melaena but when you actually see pictures or see it in front of you it’s not quite that. Just as that thought crossed my mind the patient asked me for another vomit bowl. He sat up in his bed and proceeded to fill the entire vomit bowl with coffee ground vomit. After apologising for vomiting in front of me he got up to place the bowl next to two other vomit bowls which were also filled with coffee ground vomit! How did I miss the other bowls!

As he was walking towards the table I noticed he looked a bit unsteady. But he managed to get there eventually and thankfully he made it back to his bed without falling. I performed a quick cardiovascular, respiratory and abdominal examination. Everything seemed normal. I then went to check his bloods hoping they might give me a clue as to what was going on – they were also within normal limits.

My top diagnosis at this stage was some kind of upper GI bleed. He was pain free and did not report any melaena (and declined a PR – fair enough). I had a quick chat with an A&E registrar who advised that we should keep him in for some observation as his Glasgow-Blatchford score was eight. However what was slightly puzzling was his blood pressure which was 190/98. Normally you would expect someone’s blood pressure to fall if they’ve lost a significant amount of blood. We were both further concerned as we saw the patient walk to the toilet. He was all over the place, holding onto trolleys and leaning against the wall and staggering across the corridor.

Slightly concerned we did a full neurological assessment which revealed some global weakness in power and a clearly ataxic gait. Passpointing revealed a subtle intention tremor. By this point the medical team had also heard of the patient and had arrived to give us some input. They advised us to perform a CT scan of his head. In hindsight I regret not taking a picture of the CT scan but I found this image below which is the closest thing I could find to the CT scan for Mr X. A massive right sided tumor with midline shift! It all made sense now. The bleeding he had experienced was due to a Cushing’s ulcer formed due to intracranial stress. The tumour had also caused a rise in intracranial blood pressure which caused his blood pressure to be sky high but a paradoxical fall in heart rate. This is known as the Cushing’s reflex (usually accompanied by irregular breathing – forming the Cushing’s triad). Although the tumour appeared to be located in the frontal and parietal lobe region, the neurological signs we elicited were cerebellar in origin. Perhaps this was due to the mass effect.

Much to the dismay of the patient we advised he needs to stay under the medical team. The A&E registrar broke the bad news. A neurosurgery tertiary centre in Oxford was updated and the patient was transferred under the joint care of the medical and neurosurgical teams in Oxford.

Some patient encounters you just don’t forget and that was one of them. My key takeaways were: